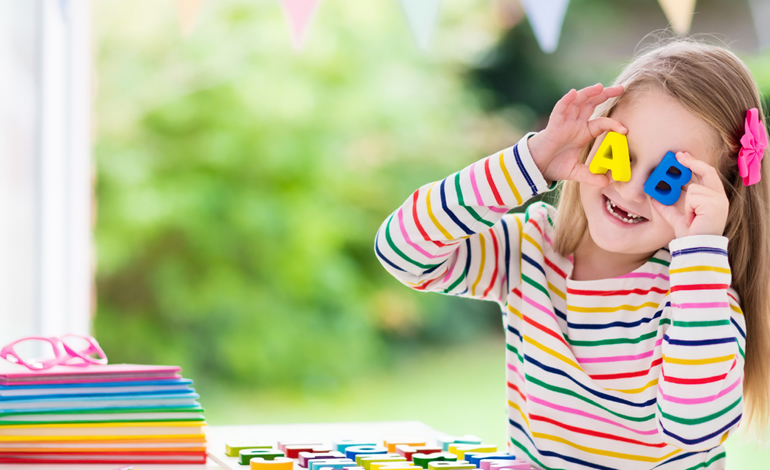 4 Myths About Autism Spectrum Disorder You Should Know

Parents of children with Autism often struggle to understand the basic concept behind this diagnosis. With societal pressure, they are made to believe things that are utterly incorrect. With this post, we are sharing the four myths about Autism Spectrum Disorder (ASD) that everyone needs to be aware of!

Commonly termed as ASD, this is an umbrella term that explains various conditions and behaviors that commonly restrict individuals from social understanding social interactions (ex: nonverbal gestures, jokes etc.), engage in repetitive behaviors, and lack basic communication skills. According to the CDC, one in every 54 children is diagnosed with ASD in America. Even with the higher frequency of diagnosis and prevalence of ABA therapy, people still don’t understand the diagnosis, and various myths have developed. Now, let’s debunk those myths!

1. Autism Is A Mental Or Emotional Health Disorder

Some people believe that due to the social and physical behavior of individuals with Autism suggests that they have a mental or psychological issue, but it’s not true. ASD is a neurological disorder (According to DSM 5) that’s known to impact brain development and growth in the very early years of life. With autism, various parts of the brain are affected, but the most impacted ones are three functioning areas.

Generally, children with Autism and adults interact with the environment through repetitive and restricted routines, different social behavior, and communication. Currently, autism is termed as a neurodevelopmental disorder, but it is still an extremely complicated disorder and has an array of symptoms. In addition, the advanced clinicians and scientists understand that autism isn’t a single entity; instead, it’s a myriad of syndromes that lead to autism spectrum disorder.

In various cases, parents are suggested to use various behavior therapies from family center, well-defined diets, and medicines to improve their child’s behaviors, but some parents don’t witness any results, irrespective of what they do. There are some medications and treatments available for improving the overall ability of children with autism such as Applied Behavior Analysis (ABA). This is known as the treatment to produce the best prognosis based on multiple studies that have and are still conducted every day.

Another factor that helps the prognosis (or better outcome) is early diagnosis and a combination of Applied Behavior Analysis and strong emphasis on parent training and support. ABA therapy includes the repetition of behavioral practices to improve the physical and social functions of the children with Autism and other disorders.

Generally, children’s pediatricians or neurologist can determine whether a child meets the criteria for Autism Spectrum Disorder. However, Licensed psychologists use objective measures such as the ADOS to determine if a child meets the criteria for ASD. Most medical insurances will not cover ABA therapy sessions if the child does not receive a full psychological/psychoeducational evaluation.

Back in the 1940s, an Austrian doctor made a theory that autism is caused by parents, particularly women who don’t love their kids. According to him, the kids would withdraw in such scenarios and become autistic. Sure, blame it on the mom!! However, the researchers have overthrown this theory because a child’s ASD diagnosis is not due to the way they were brought-up in any way.

According to the director of the neurogenetics program of UCLA, there is nothing a parent does and doesn’t do which determines if their child will “develop” Autism. Currently, the autism-centric research says that in most cases, autism is caused by a genetic inclination and tendency, but genetics aren’t always the reason behind autism.

4. All Autistic People Are the Same

In most cases, people believe that if they’ve met one autistic person, everyone autistic will look the same. In addition, some people watch movies with characters that are said to have autism and think that every person with autism will be the same as the character. However, autism is a spectrum disorder which means the individuals can present in different ways. There are also 3 levels of Autism that describe the individuals “functioning” level.

For the most part, individuals with Autism present difficulties with social communication and interactions, back and forth conversations, non-verbal and verbal communication, and eye contact. Some individuals present with repetitive behaviors that may look like obsessive yet varied interests – these interests can be temporary as well as lifelong.

Autism is an extremely misunderstood disorder, and parents of individuals with Autism may be “quick” to jump on google to become educated on this disorder. However, be aware that there are myths conspiracy theories. Which is why it’s important to only go to trusted sites. Individuals with Autism are empathetic but may not communicate in the way we as a society expect them to; they understand emotions but have trouble sensing them in conversations; their symptoms can improve with ABA but it’s very important that we are not just trying to “mask” these symptoms and that the therapies are only geared to socially valid behaviors. And the MOST important piece to take away is that if you have met one individual with Autism, you have only met ONE individual with Autism.

Subscribe to our newsletter and grab our FREE “The no BM Manual on how to decrease defiance and meltdowns”.

Learn 3 effective methods that you can use to tackle your child’s defiance with SCIENCE.

Epilepsy Safe Mode
Dampens color and removes blinks
This mode enables people with epilepsy to use the website safely by eliminating the risk of seizures that result from flashing or blinking animations and risky color combinations.
Visually Impaired Mode
Improves website's visuals
This mode adjusts the website for the convenience of users with visual impairments such as Degrading Eyesight, Tunnel Vision, Cataract, Glaucoma, and others.
Cognitive Disability Mode
Helps to focus on specific content
This mode provides different assistive options to help users with cognitive impairments such as Dyslexia, Autism, CVA, and others, to focus on the essential elements of the website more easily.
ADHD Friendly Mode
Reduces distractions and improve focus
This mode helps users with ADHD and Neurodevelopmental disorders to read, browse, and focus on the main website elements more easily while significantly reducing distractions.
Blindness Mode
Allows using the site with your screen-reader
This mode configures the website to be compatible with screen-readers such as JAWS, NVDA, VoiceOver, and TalkBack. A screen-reader is software for blind users that is installed on a computer and smartphone, and websites must be compatible with it.

We firmly believe that the internet should be available and accessible to anyone, and are committed to providing a website that is accessible to the widest possible audience, regardless of circumstance and ability.

To fulfill this, we aim to adhere as strictly as possible to the World Wide Web Consortium’s (W3C) Web Content Accessibility Guidelines 2.1 (WCAG 2.1) at the AA level. These guidelines explain how to make web content accessible to people with a wide array of disabilities. Complying with those guidelines helps us ensure that the website is accessible to all people: blind people, people with motor impairments, visual impairment, cognitive disabilities, and more.

This website utilizes various technologies that are meant to make it as accessible as possible at all times. We utilize an accessibility interface that allows persons with specific disabilities to adjust the website’s UI (user interface) and design it to their personal needs.

Additionally, the website utilizes an AI-based application that runs in the background and optimizes its accessibility level constantly. This application remediates the website’s HTML, adapts Its functionality and behavior for screen-readers used by the blind users, and for keyboard functions used by individuals with motor impairments.

If you’ve found a malfunction or have ideas for improvement, we’ll be happy to hear from you. You can reach out to the website’s operators by using the following email

Our website implements the ARIA attributes (Accessible Rich Internet Applications) technique, alongside various different behavioral changes, to ensure blind users visiting with screen-readers are able to read, comprehend, and enjoy the website’s functions. As soon as a user with a screen-reader enters your site, they immediately receive a prompt to enter the Screen-Reader Profile so they can browse and operate your site effectively. Here’s how our website covers some of the most important screen-reader requirements, alongside console screenshots of code examples:

We aim to support the widest array of browsers and assistive technologies as possible, so our users can choose the best fitting tools for them, with as few limitations as possible. Therefore, we have worked very hard to be able to support all major systems that comprise over 95% of the user market share including Google Chrome, Mozilla Firefox, Apple Safari, Opera and Microsoft Edge, JAWS and NVDA (screen readers), both for Windows and for MAC users.

Despite our very best efforts to allow anybody to adjust the website to their needs, there may still be pages or sections that are not fully accessible, are in the process of becoming accessible, or are lacking an adequate technological solution to make them accessible. Still, we are continually improving our accessibility, adding, updating and improving its options and features, and developing and adopting new technologies. All this is meant to reach the optimal level of accessibility, following technological advancements. For any assistance, please reach out to